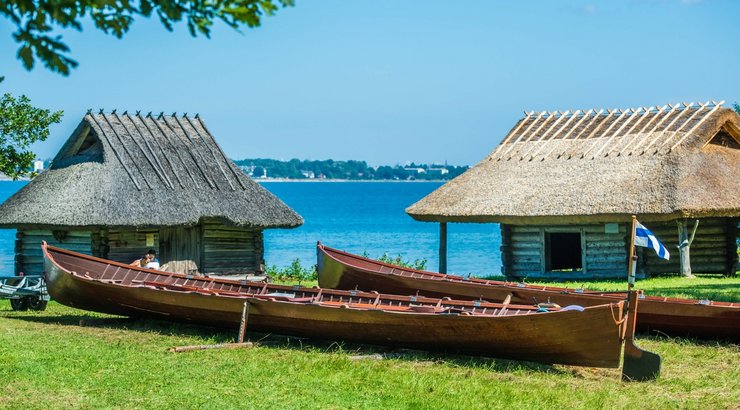 Tallinn offers a variety of museums focusing on art, history, culture, technology and more. We can provide guides to take you on a tour of these locations. These museums visits can also be combined with with various tours at a discount.
NB! Tour prices DO NOT include museum tickets.

Tallinn's Open Air Museum is a wonderful trip back in time to various locations in Estonia. This over 70 hectare museum houses original farms, windmills, a school house, a tavern/inn and much more from all across Estonia. While the original wooden structures date as far back as the 18th century, the guided museum tour will give you an idea of how people lived in Estonia nearly 1,000 years ago all the way up to the 20th century.

On this tour you will learn why Estonian houses rarely had chimneys, what grains were grown and animals raised, what the social order was like in the country side, who were the Baltic-Germans and what groups of people (coastal Swedes, Russian old believers, Setos, Estonian vikings, etc.) lived on this small piece of land now called Estonia.
Tour duration: short tour 1.5 hours / long tour 2.5 hours
Tour pricing: short tour €75 euros / long tour €95 + €10 ticket fee per person
Note - The museum does not have paved or cobbled roads so on rainy days pick footwear accordingly. Most buildings are only open during the summer season (May - end of September).

Founded in the early 13th century, St Nicholas church (Niguliste in Estonian) is one of the first churches built in Tallinn's Lower town and became very important for the merchant class. Due to its destruction at the hands of Soviet bombers during World War II, the church these days functions as a museum as well as a concert hall and is home to magnificent works of art, including the Dance of Death and several beautiful altar pieces. We are more than happy to explain the meanings behind these works of art and their significance.

As a result of losing the Russo-Japanese war, the Russian Empire built this complex to help defend the Crown City of St Petersburg. While these days it only houses one seaplane, it is also home to the main branch of Estonia's Maritime museum. Explore water crafts both ancient and modern, walk along the decks of a more than century old ice breaker which has served in the civilian and military navies of the Russian Empire, Finland, Estonia and the Soviet Union. Go inside of a pre-WW2 British-made submarine which survived the horrors of war and learn the tragic fate of its sister ship Kalev.

This museum, located near the Old Town and next to the waterfront, is a favourite among family groups, especially those with children. There are plenty of activities here for everyone, from flying simulators, to remote-control watercraft, a small cinema and more.
Tour duration: 1 hour
Tour pricing: €70 + €15 ticket fee per person

This modest Italian Baroque style palace was built in Tallinn by Peter the Great of Russia to be one of his summer palaces. Named after his beloved wife Catherine I (Kadriorg - Catherine's Valley) it is currently home to Estonia's museum of foreign art. Find out how these works of German, Russian, Dutch and Italian art ended up in Estonian hands from the old German and Russian noble classes, and what are the stories behind the paintings as well as their authors.
Tour duration: 45 minutes - 1 hour
Tour pricing: €60 + €8 ticket fee per person

Tallinn is home to the oldest surviving Town Hall in all of Northern Europe (dating back to 1404) and the only one that still has true Gothic architecture. Within the halls of this building, our guides will explain to you how the city of Tallinn was governed for centuries, how and why did Tallinn become (and for over 500 years remained) an independent city governed by a council of merchants, not nobles, as well as the meaning of the works of art inside and why they were commissioned.
Tour duration: 30 minutes
Tour pricing: €50 + €8 ticket fee per person

Tallinn's Great Guild, also known as the Merchant's Guild, was one of the richest and most powerful organisations within the city of Tallinn. As the eastern headquarter of the Hanseatic League and a prosperous center of trade, Tallinn and its merchants grew in importance over the centuries. These days the Guild Hall houses a branch of the Estonian history museum.
Tour duration: 45 minutes-1 hour
Tour pricing: €60 + €8 ticket fee per person

Entering these tunnels we will begin a journey back in time and see how these passageways were used throughout the centuries by different powers and for different reasons. The tunnels themselves date to the 17th century when the bastions (manmade earthworks) were built by the kingdom of Sweden to defend the city of Tallinn. But over the centuries it has been used as a bomb-shelter, a prison and much more.
This museum is an excellent addition to the Ghost Tour!

A fun and out of the way place to visit if you want to do something different in Tallinn. The observation deck, located 175 meters above the ground, has a museum and a restaurant. For the adventurous it is possible to book a "walk on the edge" (safety cable included of course). The tower is only about 20-25 minutes drive from the Old Town and offers a spectacular view of Tallinn and the surrounding area.
Tour duration: 1 hour
Tour pricing:  €75 + €8 ticket fee per person